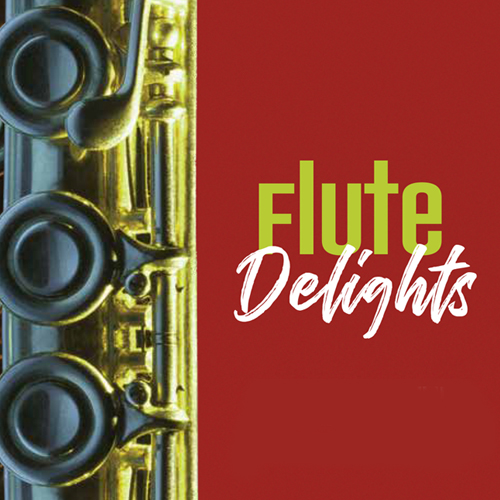 A duo of flutes joined by piano become “Flute Delights,” a Symphony of the Vines chamber concert on Sunday, February 10, 4 p.m., Cass Vineyard in Paso Robles. “The programming is inspired by the pastoral setting that is a winery and its vineyard,” said Suzanne Duffy, one of the featured flutists.

A duo of flutes joined by piano become “Flute Delights,” a Symphony of the Vines chamber concert on Sunday, February 10, 4 p.m., Cass Vineyard in Paso Robles. “The programming is inspired by the pastoral setting that is a winery and its vineyard,” said Suzanne Duffy, one of the featured flutists.

Duffy, as Symphony of the Vines’ principal flute and Carol Houchens, SOV’s second flute and piccolo, have been section partners with Symphony of the Vines, as well as with Opera San Luis Obispo since 2013. This concert is an outgrowth of their orchestral work together. “We have been talking about this recital program for a long time and we’re very excited about its debut.”

Presently also serving as principal flute for the Santa Maria Philharmonic, Houchens taught at UC-Riverside and played in numerous Southern California orchestras including the Riverside and San Bernardino Symphonies.

Lynne Garrett completes the trio at the piano. Garrett is a prolific piano performer and teacher in the Central Coast region, as well as serving on the board of the Santa Maria Philharmonic for several years, where she is currently the Interim Executive Director.

The trio opens the recital with a delightful concerto by the Baroque era master Antonio Vivaldi. “Of the nearly 50 concertos Vivaldi wrote for two soloists, this is the only one for two flutes,” Duffy explained.Following this work, Houchens and Duffy will each perform a movement from another period composer, JS Bach and CPE Bach respectively.

These talented musicians enjoy enhancing the experience for their audience. For example, flutes during the time of Bach and Vivaldi were all wood. “To stay connected to this Baroque period, Carol and I like to bring that tone color back with African Blackwood headjoints,” said Duffy. The concert flute instrument at that time was wood with no metal tubing and only a few keys. “In using these contemporary wood headjoints with our modern metal flutes, it offers an added sensory connection to the music of those eras.”

They will also play one of their favorites from the 18th-century Doppler brothers, whose music, Duffy says, has a reputation for being light-hearted and fun to play. “Carol and I are the Opera SLO flute section, so we are excited to play Rigoletto Fantasie, an opera-inspired piece filled with flutistic gymnastics!”

The concert will also include Maya (2000), written by English composer and flutist Ian Clarke, the first movement of Francis Poulenc’s Sonata (1957), and Cantabile et Presto (1904) by Romanian composer Georges Enesco.

The trio’s finale features compositions by the living composer, Gary Schocker, of New York City. “He is a prolific writer of all things flute and piccolo. We end the program with his humorous and thoughtful showpiece, The Further Adventures of Two Flutes.

The concert is sponsored by Karen Kolba, Robin Clark and Mary Kiernan, and Ron and Martha Bass.