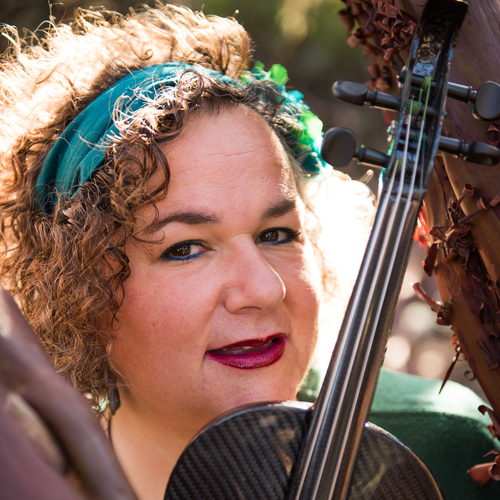 This beautiful combination of instruments has been around for a few centuries. This combination of musicians is magical to say the least. Passionate about their music making. They will bring you a strong and emotional performance of composers such as Brahms, Beethoven, Mozart, Faure, Debussy, Vivaldi and Piazzolla!

***Links to Listen to the trio are at the bottom***

Brynn Albanese has celebrated a career spanning 35 years from California to the East Coast, Europe, Asia and South America.

Violin has been part of her life since the age of four. Her entire family is made up of professional musicians. Including the legendary Opera Prima Donna, Licia Albanese

After graduation from the Peabody Conservatory of Music with high musical honors, she was the Concertmaster of the Tanglewood Orchestra under Simon Rattle and Seiji Ozawa. For eight years she enjoyed playing, touring and recording for five years with both The Boston Symphony Orchestra and The Boston Pops before moving further east to The Netherlands.

In the Netherlands, Brynn played with the Residentie Orkest of The Hague under the baton of now New York Philharmonics conductor, Jaap Van Zweeden. She traveled all over Europe participating in various chamber music festivals and performed with orchestras A rich experience all around, she decided to return full circle to California in 2006 to be close to her family.

Falling in love with the Central Coast of California Brynn discovered quickly that leaving this area was not an option. Developing further a great passion for world culture, she joined the World Music Ensemble, Café Musique in 2008 and has performed all over California and in Europe with them for so far eleven years and counting.

During the past thirteen years, Brynn has developed her own teaching method called, “Brynn Albanese’s Practice Technique Boot Camp” which was accepted by the American String Teachers Association in 2014.

In 2018, she began a concert series in Cambria, California called        “Cambria Concerts Unplugged”… an acoustic music series at the ninety seat venue in the Old Santa Rosa Chapel. The Chapel is known for its warm smooth sound and it’s Candlelight Christmas Concerts. The series is more often than not, sold out and is very fast growing. It is becoming widely recognized as one of the only acoustic music series of it’s kind in the area and beyond.

Brynn plays often throughout the year with pianist Ian Scarfe and they add their cellist Charlie Akert to form The Gossamer Trio.

Ian Scarfe enjoys a busy career as a piano soloist, collaborative pianist, and chamber musician. Each year he completes several concert tours, which take him across the United States, Canada, and Europe.

He is a founding member of the Vinifera Trio, a violin-clarinet-piano ensemble based in California's wine-country, and the Zurich Mozart Trio, based in Zurich, Switzerland. He is in frequent demand as a collaborator, and has accompanied and performed with a long list of vocalists and instrumentalists.

As a soloist, Ian's appearances with orchestras have come to prominently feature the music of Beethoven. Recent performances of Beethoven's music include the Piano Concerto No. 4, the “Choral” Fantasy, and the "Triple" Concerto. An eloquent and articulate speaker, Ian is a frequent lecturer on music, and gives talks on music appreciation and history at universities (Stanford, UCSC, UCSF, Willamette, Monmouth, Western Illinois), adult education programs, and retirement communities. He is currently on staff as a music associate at the San Francisco Conservatory of Music, where he earned a Master's Degree in 2008 and an Artist's Certificate in 2010.

He is the founder and director of the Trinity Alps Chamber Music Festival, which presents annual retreats and concert tours in and around scenic Trinity County in Northern California. Founded in 2011, this festival has presented hundreds of concerts and educational programs across the western United States, commissioned new works from emerging composers, and featured over 50 guest artists from across the world. For more information about this organization, please visit www.TrinityAlpsCMF.org.

Charles Akert has been described by the Toronto’s Ludwig Van as “a performer with great sensitivity to the music, and an understated virtuosity.”

Born in Alaska to Swiss parents and cellist from age 5, Mr. Akert has enjoyed a varied career as soloist, chamber musician and “rock star”. His performances have ranged widely: from Carnegie Hall to NPR’s Tiny Desk Concerts with numerous artists from Kim Kashkashian to The Family Crest and Father John Misty.

After completing multiple degrees (BM University of Northern Colorado, MM San Francisco Conservatory of Music), he earned residencies at the Banff Centre and the Aspen Music Festival and won first prize at the Plowman Nation Chamber Music competition as a member of the Nexus String Quartet.

As a teacher of both cello and Chamber Music, Mr. Akert has served as guest faculty at the Kinhaven School of Music and at the Blue Lake and Fairbanks Summer Arts Festivals