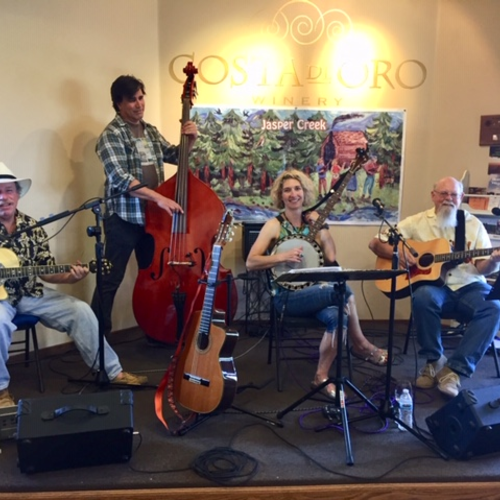 The Point San Luis Lighthouse is proud to invite you to the first ever Shell Beach Showcase featuring the wonderful bluegrass tunes of Jasper Creek and Friends. This collective of Americana and folk and blues musicians will be sure to please.

Jasper Creek was formed several years ago, starting as the Paige Boys. With Founding members Marc Bloomberg (rhythm and lead guitar and vocals) Paige Peake Wright (guitar, banjo, ukulele and vocals) and Rick Warner (rhythm guitar and vocals). Later Vanessa Plakias joined on vocals and Barry Kaufman on mandolin. Their first album was released in 2017 and the second is due to be released in summer 2019.

The concert will be from 4:00pm to 7:00pm at the Point SLO Lighthouse.

The Point SLO Lighthoushistoric site has a strict no smoking policy.

For concerts small bags are allowed but will be checked at the gate. Small backed chairs are allowed.

Animals are not allowed. Kayak tickets are for those who will be kayaking to the Lighthouse on their own. We do not provide kayaks.