Climb On: A night of climbing inspired films under the stars in SLO

Climb On: A night of climbing inspired films under the stars in SLO 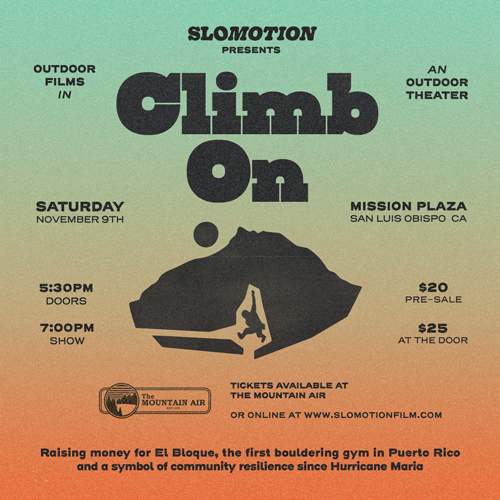 Climbing prepares us for these times.

Come join us to be inspired...

Some films are meant to be seen on a big screen and most nights are meant to be spent under the stars... Climb On is a one-night screening of 6 short, climbing influenced films, in Mission Plaza, downtown San Luis Obispo.

There will be food and drink available from some of your favorite local SLO spots.

We will be raising money for the climbing gym just opened in San Juan, El Bloque. The gym is a monument to resiliency, rebuild and community in Puerto Rico.

We will be hosting other climber and filmmaker guests with conversations about getting outside, climbing culture, and discussions on climate change.

Bring your own chair!

SLO Motion Film is a small collaboration of friends with film programming and operation/production backgrounds at Sundance, Telluride, Mountainfilm, San Francisco, and Mill Valley Film Festivals. We value environmental activism, adventure, and community and we see film as the medium that anchors them all together. 'Climb On' in our third screening on the Central Coast. 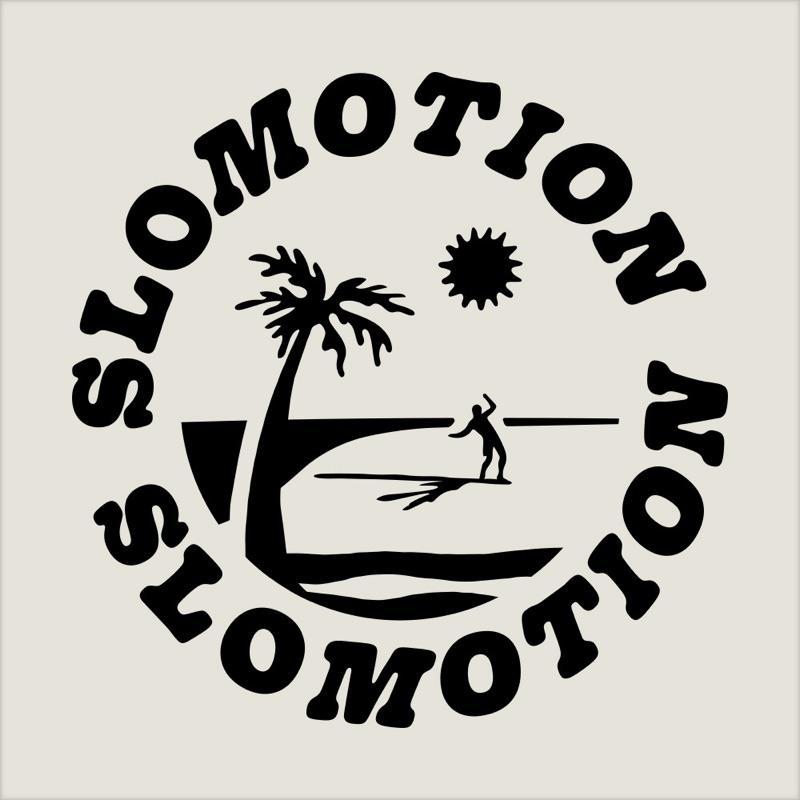