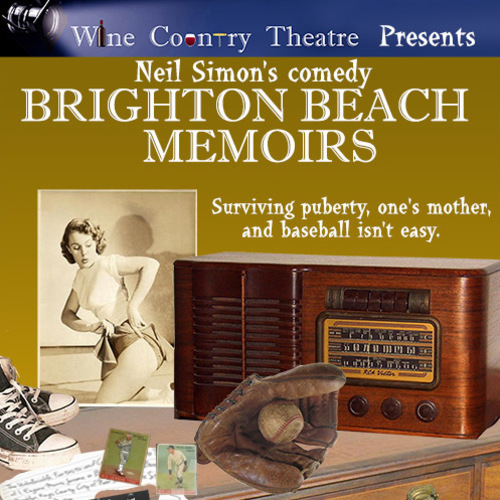 Coming of age is never easy, but it can be very funny.

(Based on a true story!)

Wine Country Theatre continues its fifth season with a play that Variety Magazine calls, “Simultaneously poignant and funny. The characters are fully dimensional, believable...An outstanding show.” Based on Neil Simon’s life, the play is set in Brooklyn in 1937. The comedy focuses on the Jerome family and their personal and collective struggles during the Depression. The outside world is also in turmoil as the storm clouds in Europe become more ominous with talk of war and the fate of the family’s Jewish relatives in Poland.

We are introduced to Eugene Morris Jerome; the playwright’s 15 year-old alter ego. He wants to be a writer and his crowded, middle-class home provides the fodder for the secret memoirs that he is writing. Young Eugene is also absorbed in baseball, and will give anything to play for the New York Yankees, but would trade all that just to get one peek at a naked girl.

Directed by Cynthia Anthony, Founder of Wine Country Theatre, the play is much more than just a domestic comedy. “All of us can relate to the plight of Eugene,” states Anthony. “The mysteries of puberty, a crowded house, well meaning, yet bossy parents, financial struggles and the horror of being served liver for dinner. But, even more importantly, we know that family can hold us together in even the most difficult of times.”

Eugene, the young protagonist obsessed with baseball and girls, is played by Curran Bojorquez. As he shares excerpts from his memoirs, we are introduced to his over-worked father, played by Tracy Mayfield, and his domineering, under-appreciated mother, played by Janine Elich.  His worldly-wise older brother is played by Thomas Grandoli. His cousin Nora, the beautiful dancer and frequent object of Eugene’s fantasies, is played by Elizabeth Umphenour. Her younger, pampered bookworm sister is played by Bailey Bojorquez, and the widowed asthmatic Aunt Blanche is played by Kristen Saunders.

“The caliber of our cast combined with Simon’s hysterical and loving script, promises to be a great evening (or afternoon) of theatre. Wine Country Theatre is thrilled to be presenting its fifth season of live theatre and we are grateful for the incredible talent and appreciative audiences.”

The show runs November 15 – December 1; Friday and Saturday nights at 7:30 p.m. with Sunday matinees at 2 p.m. at the Park Ballroom in downtown Paso Robles. Wine, snacks, and desserts are available for purchase; generous table seating allows refreshments to be enjoyed during the show.

Doors open one hour prior to show time. Seats are not assigned, so please be sure to arrive early for best seating. Relax, come early, pick out your seats, visit with friends, and enjoy a glass of wine or a snack. Tables are saved for groups of 8 or more and attendees will be seated together whenever possible, but late arrivals cannot be guaranteed group seating.

Please, no outside food or drinks. Cash is appreciated. 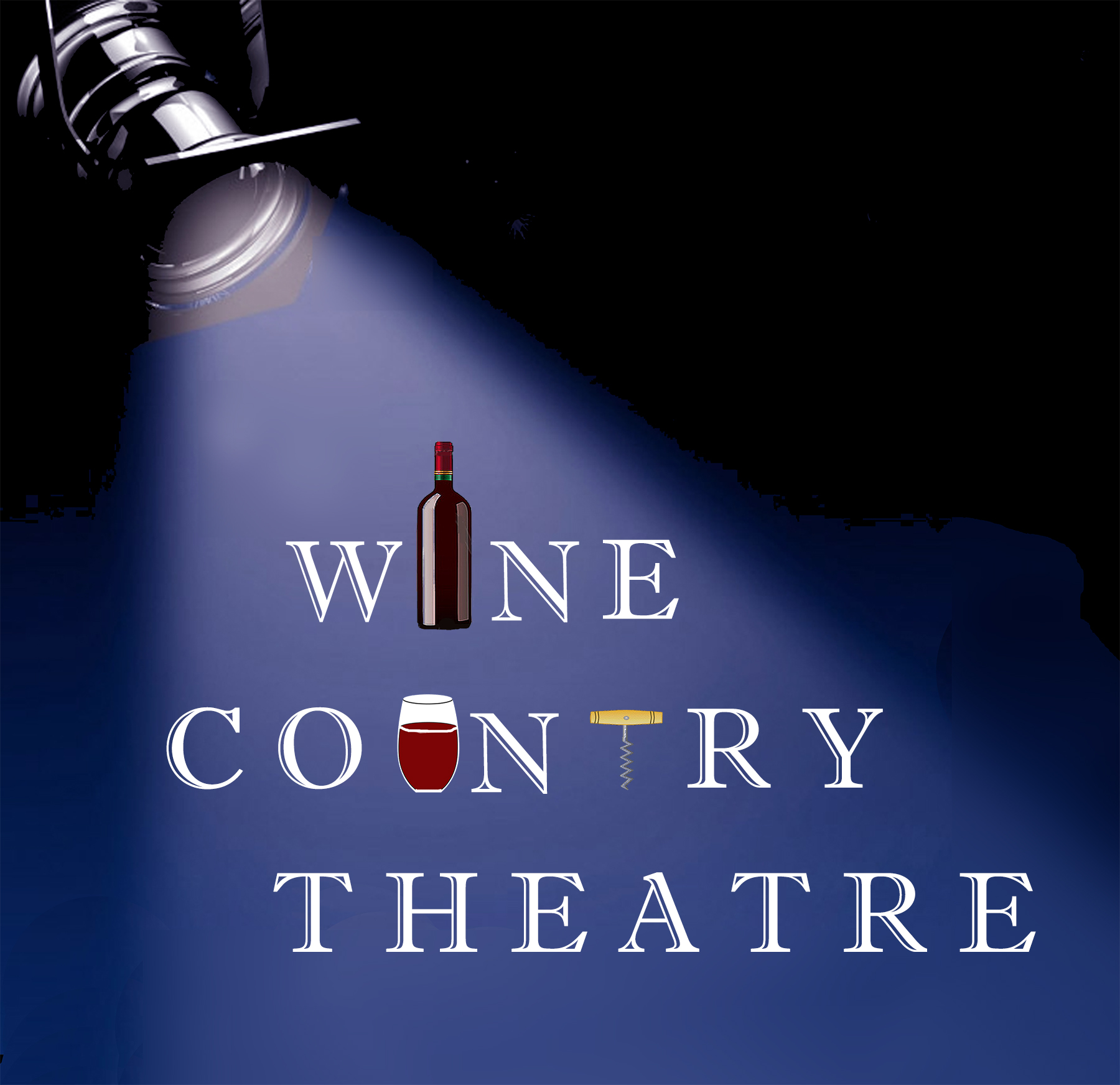