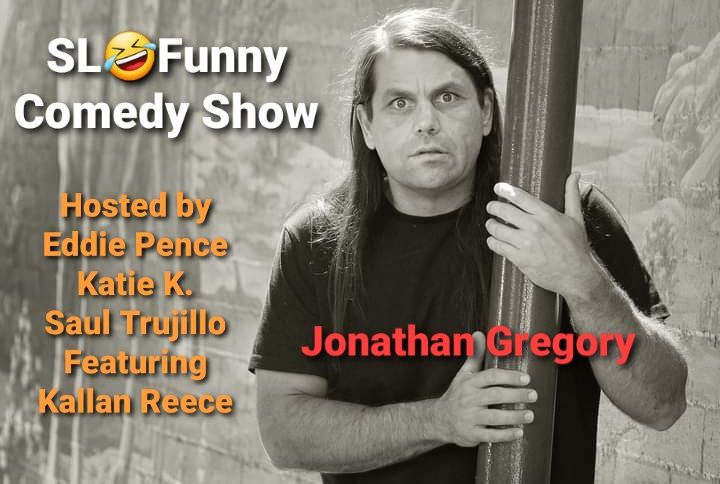 Get Tickets
COUNTDOWN: DAYS | HOURS HRS| MINUTESMIN | SECONDSSEC
Details
October 29th, come kick off your Halloween weekend with some laughs. The Halloween edition on our monthly SLOFunny Comedy Show is loaded with characters like no other. Hosted by Eddie Pence, with Saul Trujillo and Katie K. Featuring the Mullet Kid himself, Kallan Reece and the king of creepy Headliner Jonathan Gregory.

Eddie is a regular on "Swing and Mrs." on Radio.com, "The Ralph Report" on Patreon.com and "Rambles" wherever podcast aren't sold. His credits include HBO's The Comedy Festival, The Late Late Show with Craig Ferguson, Gotham Live on AXIS TV, The Holidays w/Lewis Black on The History Channel, How to be a Grown Up on TRU TV and Comics Unleashed with Byron Allen. Eddie is a regular at the SLO Comedy Festival and has had the honor of being named Best of the Fest. Eddie's comedy revolves around his experiences as a father and the observations he makes from interpreting news stories most of us may have missed. 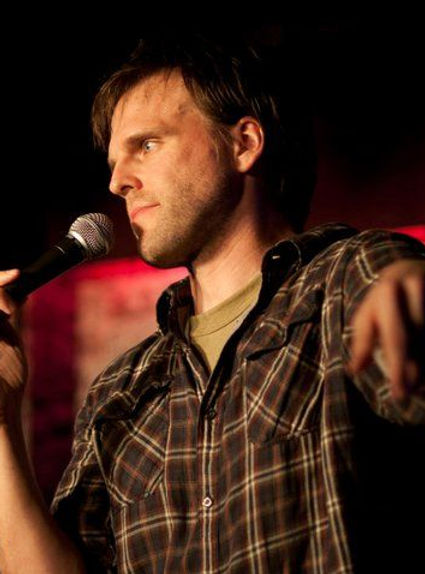 Katie K. has been featured on America's Got Talent, as well as America's Got Talent Extreme as a member of America's Little Sisters and Squished on Amazon Prime. She hosts the weekly Mostly True Opinions podcast. Katie K is rapidly becoming one of the "Comedians To See in 2022". SHe tours all over the country and has become a regular at one of the hottest new clubs in Southern California, Mic Drop Comedy. She is truly one of a kind and the perfect character to open our October SLOFunny. 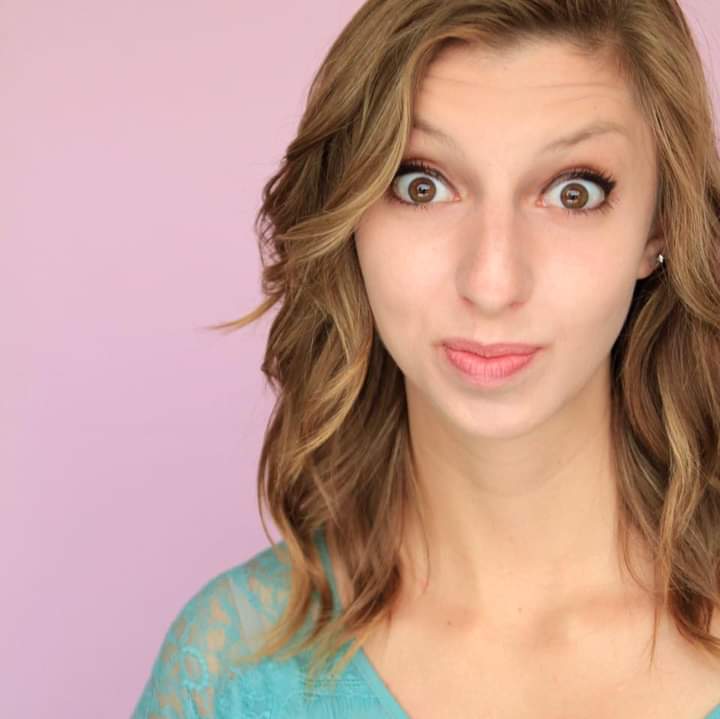 Saul Trujillo is another comedian on the rise and has recently become a regular at the World Famous Comedy Store. Saul Trujillo is a child-like man ready to light up any room with his awkward energy. Growing up in the city of Stockton wasn't easy, but it gave him the thick skin needed for any situation on and off the stage. He was the winner of 2018 Sacramento Comedy Competition and was recently voted Best of the Fest at this years SLO Comedy Festival. 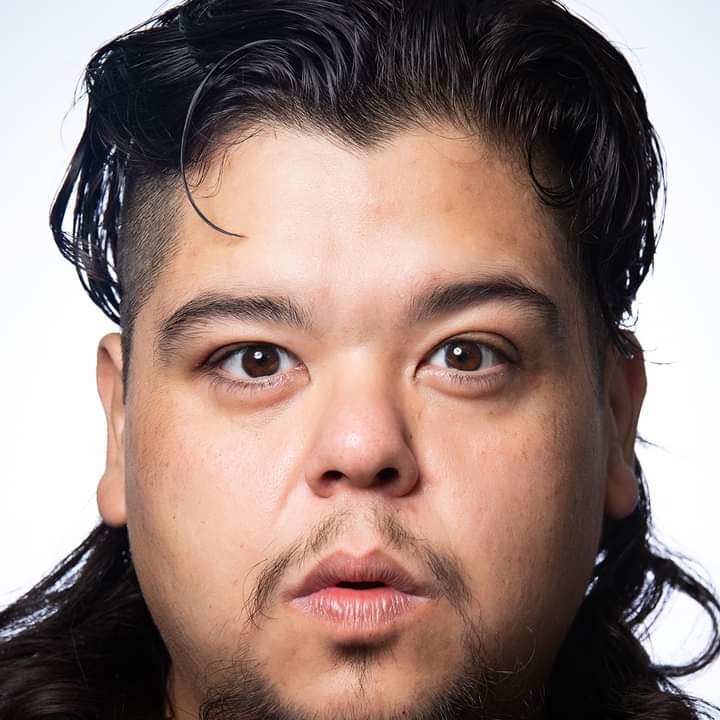 Know as The Bro or The Mullet Kid, Kallan is just that a bro. His comedic style will catch you off guard. He is flying in from Colorado just to be a part of our SLOFunny Comedy Show. He has been seen in hilarious television ads for Sierra Nevada Brewing Co. and Ball-Hammock Underwear (not a joke). Kallan tours all over the country delivering his unique style to crowds everywhere and making bros along the way. He has also been voted Best of the Fest at the local SLO Comedy Festival and loves the California Coast. 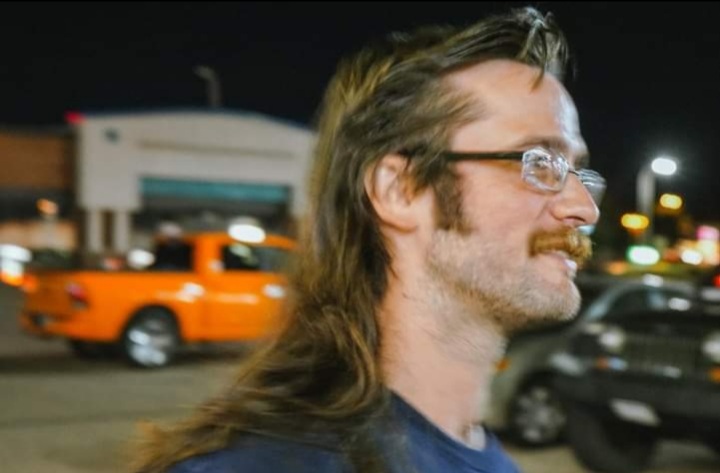 Known throughout the comedy world as Creepy Jon. He is one of the most unique comedy experiences you will ever encounter and the only comedian we could envision to headline our Halloween weekend show. You have never seen comedy like this. Jonathan is truly amazing and we aren't saying this under duress. It will either be the most uncomfortable 30 minutes of your life and you will laugh all the home, or you will laugh yourself catatonic during his set. 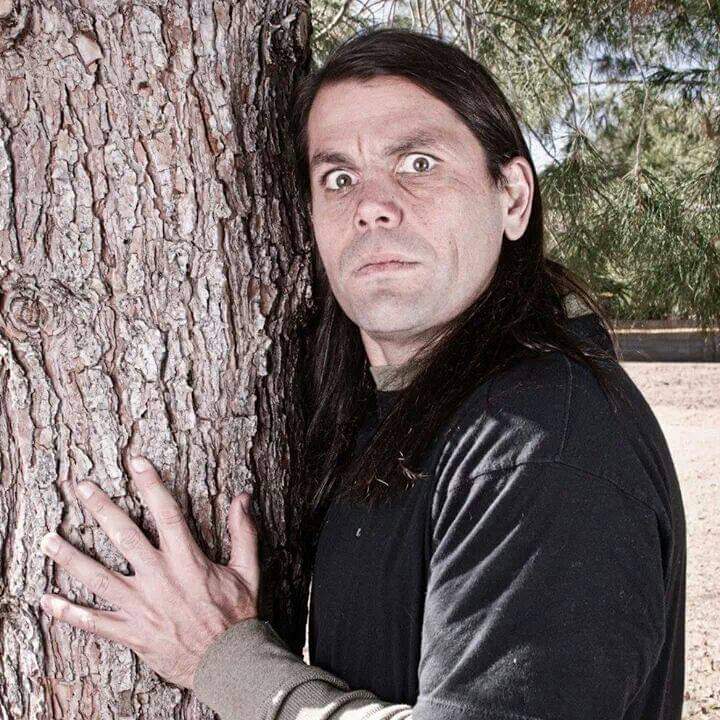 Refund Policy
No Refunds
Age Restriction
Must be 18 or older unless accompanied by a parent or guardion.